Many of the world’s top cyclists will zip through the dumbles landscape in early September, on part of the Nottinghamshire stage of the Ovo Energy Tour of Britain. 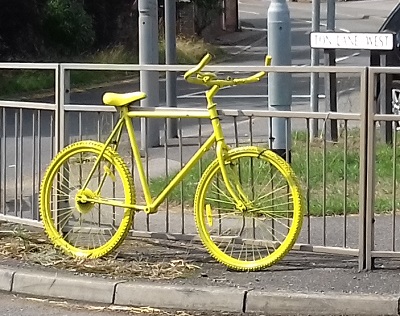 Described as the largest free-to-attend sporting event in the UK this year, the tour starts in Pembrey, south Wales, on 2 September 2018 and ends eight days later in central London.

The longest stage of the whole race is 215.6km on Day 7, from West Bridgford to Mansfield, including a section in our part of the county. That’s 134 miles to you.

Riders will cross the Trent at Gunthorpe, heading up the A6097 to Lowdham, the Epperstone bypass, and into Woodborough. The race continues up Bank Hill to Dorket Head, in a King of the Mountains challenge, before hurtling down George’s Lane to Calverton. A quick left on Main Street and a right on Oxton Road takes the race past Oxton (and another King of the Mountains challenge) to Southwell.

There will be road closures along the route. Spectators are advised to get into position early and others might wish to time their journeys to avoid delays. Organisers say that rolling road closures should minimise inconvenience and these are just 10-15 minutes either side of estimated arrival times. Things might be different on the day, of course.

The route will be marked by yellow advance warning No Parking signs, and vehicles parked illegally may be towed away.

A number of the now-traditional yellow bicycles have already started appearing in our area. 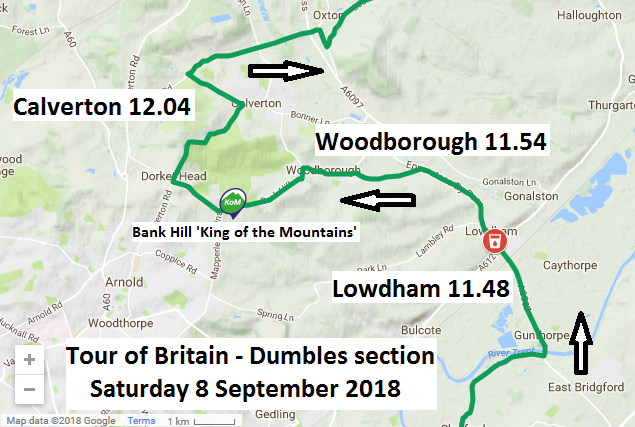 The Ovo Energy Tour of Britain passes through our area on Saturday 8 September 2018. Times are approximate.

← Floralands back in business
New bus services aimed at shoppers →