Harry Potter publisher Bloomsbury is organising a national quiz to mark the 20th anniversary of the first Harry Potter book in 1997, and one of the 20 regional heats is to be held in Lowdham. 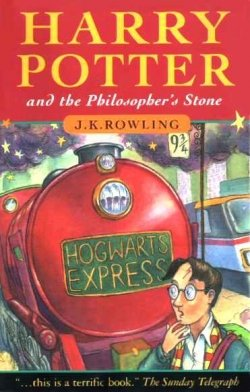 20 years since we first met the the young wizard. Enter the Bookcase’s event to be told “You’re a quizzard, Harry”

The Bookcase has been selected as one of the 20 bookshops to host the quiz. The event will take place on Thursday 20 July 2017, from 6.00 to 7.15pm at the Community Hall on Nottingham Road near Lowdham tennis courts. A team ticket is £5 and includes Harry Potter themed refreshments.

This event is open to teams of four people including one adult, and the winning team will go forward to the second round in London sometime in October. Travel expenses for this will be paid by Bloomsbury Publishing.

Bookcase owner Jane Streeter, who also organises the annual Lowdham Book Festival, says there are prizes for all, but only 15 team places are available. Contact her at the Bookcase on 0115 966 4143 or via thebookcase.co.uk