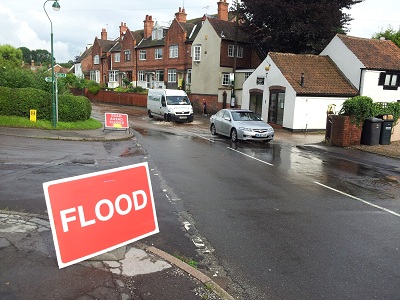 CONTINUING heavy rain has led to more floods in Woodborough and Lambley this afternoon.

Buses were diverted away from the villages at around 4-5pm, but from what we saw the main roads through the villages remained passable with caution. By 7pm waters had receeded leaving some large puddles and streams flowing in full spate.

The following image was tweeted by Hannah Meredith:

Flooding on Main Rd in Woodborough outside the Four Bells pub taken by @WoodboroughNG14 twitter.com/hannahmeredith…