LAMBLEY resident Jamie Read-Tannock has claimed victory in a national competition to find the UK’s Youth Chancellor. The 17 year-old beat off hundreds of rivals to scoop the title, and will travel to London this week to deliver his victory speech at the Houses of Parliament. 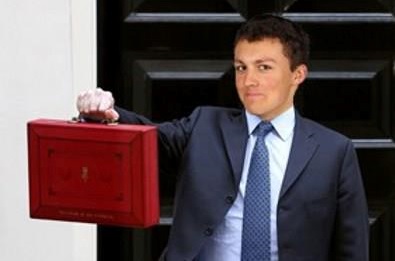 Read-Tannock is currently studying A-level Economics, Maths, History, and French at Arnold Hill Academy 6th Form, and entered the competition with his economics teacher’s encouragement. Before Arnold Hill, he was a pupil at Lambley Primary School.

The Youth Chancellor competition is staged annually by the Citizenship Foundation, which promotes engagement in democratic society. It focuses on developing young people’s citizenship skills and knowledge of public life by championing civic participation, providing support to educators, and working with young people on community issues.

Entrants in the Youth Chancellor competition were asked to upload a short video to YouTube, outlining their economic policies, and of the hundreds submitted the judging panel chose a shortlist of five. These were then voted on by youngsters from across the country, with Jamie scoring 35 percent of the popular vote and a comfortable win over his nearest rival with 31 percent.

“The post of Youth Chancellor has no powers at all” says Jamie, sounding only a little wistful, “but I do I become the face of the Citizenship Foundation for the year, and I get to go to Parliament to meet MPs and trustees of the charity”. The prize also includes a visit to Downing St, where he expects to be allowed to pose outside the Chancellor’s residence at No 11 but not to go inside to provide Mr Osborne with some pointers. Jamie will also collect a new iPad.

“The main thing for me is the prestige of winning a national economics competition, especially as I hope to study economics or PPE at university” he says.

Lambley has some history providing chancellors, with one of the village’s most famous sons Ralph de Cromwell being appointed Lord High Treasurer by Henry VI in 1433, serving ten years in the office and delivering the very first budgets to parliament.