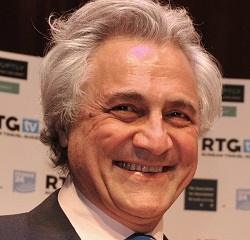 Since leaving the world of TV news, Suchet has devoted himself to his hobby of classical music and presenting on Classic FM radio.

In his latest book, The Last Waltz, he tells the intriguing story of two generations of the Strauss family of Vienna, who produced some of the best known music of the 19th century.

He observes that the Viennese waltzed and drank champagne while heading towards the First World War and oblivion.

John Suchet will talk about the book and his passion for classical music at St Mary’s Church, Lowdham, on Saturday 3 October 2.30 – 4pm.