A POWER CUT has forced the closure of Lambley Primary School today. The loss of electricity overnight, which also affected other properties in the village, meant the school has too cold for staff and pupils to work, according to headteacher Chris Drewry. 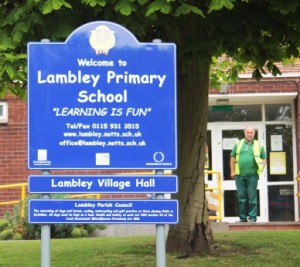 Electrical problem may be confined to school alone

The loss of power meant that the school’s email alert system, used to notify parents and carers of school closures and other emergencies, could not be operated. The parallel text message alert system was functioning.

When dumbles.co.uk contacted East Midlands Electricity at noon, to enquire about the cause of the power cut and when electricity would be restored, the company had no record of any interruption to supply. We have received reports of electricians working in the school yesterday evening, indicating that the problem may be confined to the school itself.

Can you provide any further information? Use the ‘Leave a Reply’ box below, or contact the editor: editor@dumbles.co.uk