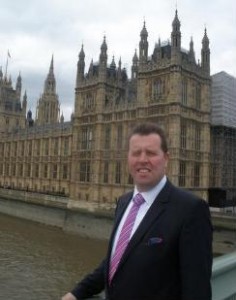 Spencer's surgery is scheduled for 26 March

Mark Spencer, MP for Sherwood (which includes both Lambley and Woodborough) will hold a constituents’ surgery on Saturday 26 March 2011 at Calverton Methodist Church.

He invites consituents to pop in to meet him, and discuss any issues over a cup of tea or coffee. The surgery will be held from 10.00am to 12.00 noon at the church, on Collyer Road, Calverton.

Spencer was elected in the 2010 general election, taking the previously Labour seat for the Conservatives. His official website is here, and further details of the surgery are offered by telephone on 0115 968 1186.