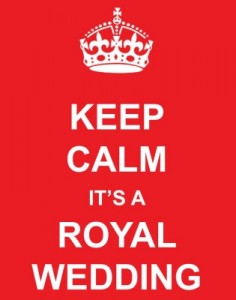 DETAILS of Woodborough’s royal wedding street party, to be held in and around the Four Bells Inn on Friday 29 April 2011, have been finalised.

Festivities kick off at 11am with the screening, both inside and outside of the pub, of ceremonies from London. Markets stalls will also open at 11am with several local businesses and organisations providing tempting offerings. These will include north African ceramics, photographs and cards, t-shirts, homemade cakes, jewellery, jam and chutneys, and royal wedding memorabilia. Each stall will also be selling Union Jack hats and flags, all the proceeds of which will go to the chosen charity Cardiomyopathy.

The Four Bells will be hosting a pig roast and outdoor barbecue all day, and the real ales available will include Windsor Knot, specially brewed for the occasion. The family-friendly day will also include a giant go-kart track, hook a duck, and penalty shootout games, while Woodborough Guides will invite visitors to have a go at their special Splat the Corgi game.

Local group the Ant Hill Mobsters will play two sets, starting at about 6pm and 7.15pm, and a special Plough Play performance will take place around 6.45pm. 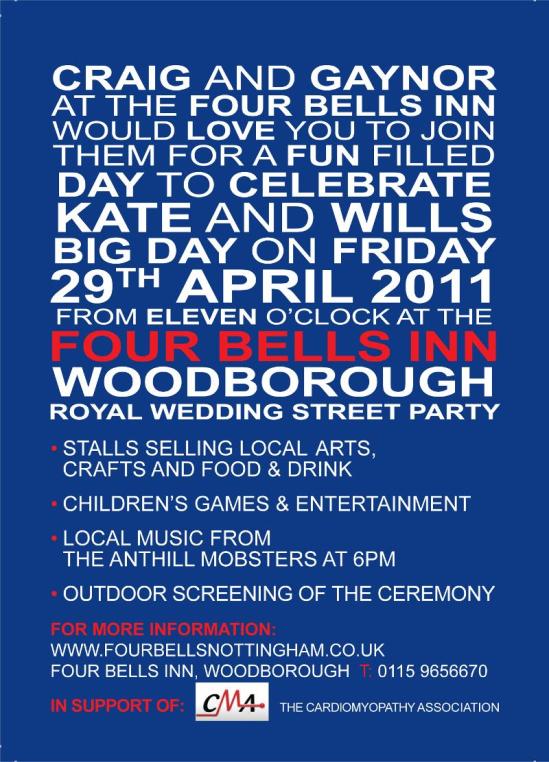