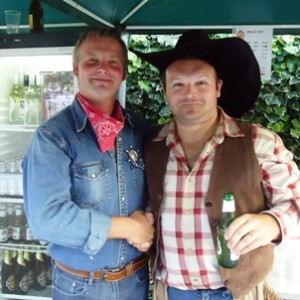 Howdy partner: the most important job of the evening

LAMBLEY’s recent barn dance brought a bucking bronco, ten-gallon hats, and even a stray polar bear to the unlikely venue of Cottage Farm, here in the wilds of southern Nottinghamshire.

Held on 2 July 2011 and organised by the Lambley Primary School PTA, the event raised cash for improved equipment and facilities in school and was supported by many members of the local community. Present in force were local young farmers, Hoveringham Cricket Club, and teachers and parents from Lambley Primary.

Fuelled by a hog roast and lubricated in the traditional manner, many tried their hand at the mechanical bucking bronco – including head teacher Chris Drewry who, like most others, was quickly deposited on the floor. The longest seated rider was Lowdham resident Kelly Clarey.

The actual business of dancing at the barn dance was taken as seriously as might be expected, even with the professional band and caller to help dancers to find the right moves with the appropriate partners. Half-hourly breaks for tequila and sambuca shots probably removed some inhibitions, but didn’t necessarily boost coordination. Anybody who thought they may have imbibed too much when they saw a polar bear at a barn dance were not hallucinating, though. Steve has become something of a local celebrity since his first appearance in the village was reported here on dumbles.co.uk

Lambley PTA extends its thanks to all who took part or helped in the organisation of the event, and says more events are planned. 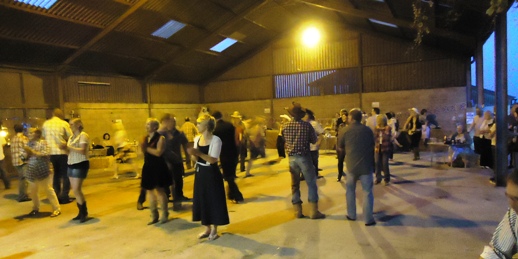 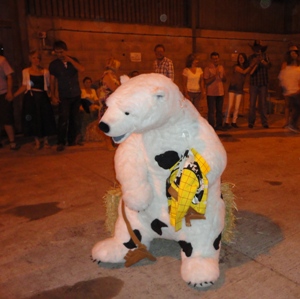 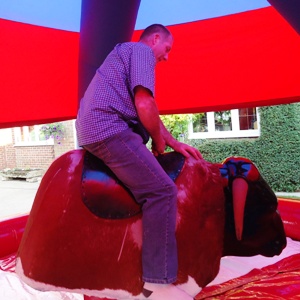 2 comments for “The low-down on the hoe-down”