EFFORTS are being made to have a skate park built on the playing field at Lambley, in response to wishes expressed by children when consultations were held during the formulation of the Parish Plan. 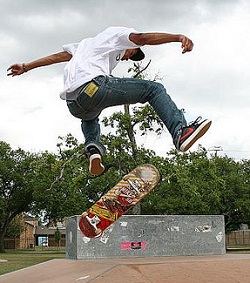 Site meetings have been held and a design has been produced by skate park developer Wheelscape.

Questionnaires are being produced for under 18 year-olds to complete in order ‘establish a need’, before plans can progress further.

On Cowslip Sunday, 5 May 2013, Cowslip Field Day will include a choir singing in the village hall and a display by the Lambley Art Group in the committee room. Stalls and demonstrations on the playing field will provide a fund-raising opportunity for the skate park.

It is also proposed to hold yard sales around the village, with sellers donating £10 to the fund. A programme will be produced showing the events, times, and venues as well as the locations of the yard sales.