THE Lowdham Book Festival holds its Winter Weekend on 1-3 March 2013, exploring the theme of ‘secrets and lies’. Top writers including Polly Toynbee and Catherine Bailey return to the village for what should be stimulating discussions, while on Saturday and Sunday local publishers offer books for sale (10.30am to 4.30pm in the Village Hall Committee Room) and a pop-up cafe from Mm Deli will serve snacks and drinks. 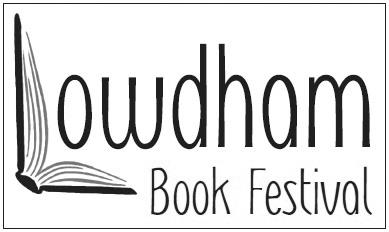 A number of events are listed below.

The first First Friday event of 2013 has Roy Bainton, author of the Mammoth Book of Unexplained Phenomena, discuss mysteries including showers of frogs over Hungary, UFOs, mediums, and general paranoia. Tickets are £5/£4/£3 for Festival Friends, and include tea and cake.

There was a time when Nottingham without Shipstones would have been as unthinkable as Leeds without Tetley or Manchester without Boddington. Chris Arnot reminds us what we have lost while wandering round the UK searching for long-forgotten football grounds. Tickets: £5/£4/£3.

Sheelagh Gallagher, from Nottinghamshire Libraries, wanders through the darker side of two of Britain’s best-known novelists. Tickets: £3

Nottinghamshire writer Alison Moore hit the headlines when her book The Lighthouse was short-listed for the 2012 Booker Prize. “A masterclass in slow burn storytelling” said Boyd Tonkin in The Independent. Alison will be in conversation with Ross Bradshaw from Five Leaves. Tickets: £5/£4/£3

Guardian writer Polly Toynbee last came to Lowdham to give a verdict on how Labour was doing. Now, halfway through the Coalition government, she looks at how David Cameron is managing, and what drives him. In conversation with fellow author David Williams, she will look in detail at what has happened to the NHS and the Welfare State. There will be plenty of time for discussion. Tickets: £12/£10/£9, including a copy of the book Dogma and Disarray (Granta Books). There will be a bar.

Chris Weir from Nottinghamshire Archives returns to Lowdham to talk about obscure local history, including the statue commemorating the invention of the umbrella, the strange Viking Sculpture at Cuckney Church, and the origins of the Major Oak’s name. Tickets: £5/£4/£3

Catherine Bailey discusses her new book, Secret Rooms: A True Gothic Mystery – the complex story of love, honour and betrayal inside the walls of Belvoir Castle. Bailey is also the author of Black Diamonds, the story behind the Wentworth estate. She will be in discussion with Professor John Lucas. Tickets: £7/£6/£5