CAMPAIGNERS against the proposed wind turbine at Woodborough Park Farm are considering yet another appeal, after a judicial review of the case rejected most of their arguments. 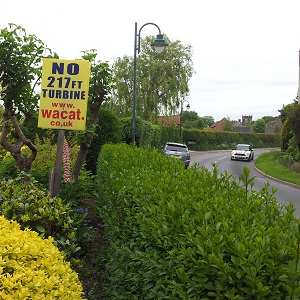 The planned turbine, with a 50m high mast and an overall height of 66.5m, was granted planning permission by Gedling Borough Council in November 2011 despite vociferous local opposition. It would be located in the Woodborough Valley, in an area of designated green belt and within the cherished ‘dumbles rolling farmland’.

Gedling Borough Council acknowledged that the proposal was ‘inappropriate industrial development’ in the green belt, but said that the application had ‘successfully demonstrated very special circumstances which significantly outweigh the harm to the Green Belt and the visual impact on the landscape’.

Immediately after the original planning decision in favour of the application, opposition group WACAT (Woodborough and Calverton Against Turbines) launched an appeal. It submitted a ‘judicial review pre-action protocol’ to Gedling in December 2011; a claim form and the grounds for judicial review were issued in the High Court and served on the council in January 2012.

The initial oral hearing of the appeal was scheduled for August 2012 but adjourned due to the judge’s illness. In September 2012, permission for a judicial review was refused.

Meanwhile, John Charles-Jones applied for a ‘non-material amendment’ to the planning consent which would see the turbine blades increased from 33.4m to 44m diameter and the rated output of the device increased from 330kW to 900kW. This amendment was rejected by Gedling in November 2012.

In January 2013, the Lord Justice of Appeal granted permission for a judicial review of the case, and the review was finally held in Birmingham on 15 May 2013. The decision was handed down on Friday 14 June. The full 26-page document can be downloaded as a PDF (142kb) from this page of the WACAT website (scroll to bottom, click JR Decision).

This report concludes: The claim for judicial review succeeds only to the extent that the second decision notice should be quashed (see paragraph 54 above). The other grounds of challenge are rejected.

Paragraph 54 refers to an early amendment of the original planning application, changoing this from two small turbines for farm use to a single much larger unit for commercial power generation. On the strength of this part of the judgement, WACAT plans to claim its legal costs back from Gedling.

WACAT adds that its legal advisors “are of the opinion that the Judge’s decision in respect of the remaining grounds is flawed and an application is now being made to the Court of Appeal.” 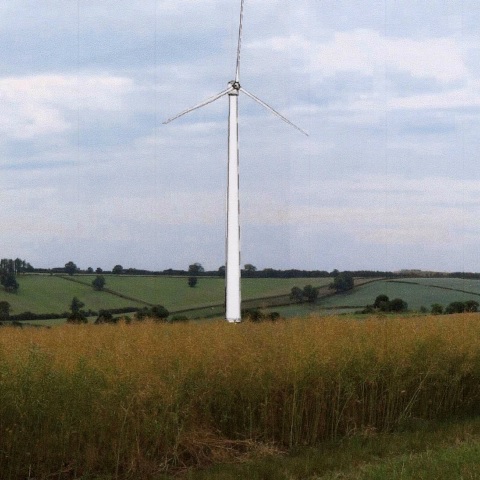 Photomontage showing approximate scale of turbine in the landscape of Woodborough Valley, created by WACAT