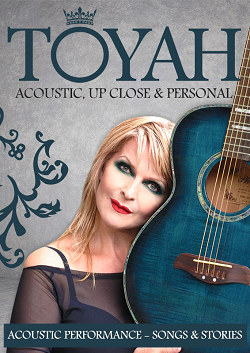 TOYAH Willcox is one of the big name acts announced for the 2015 Lowdham Book Festival.

She will bring her ‘Up Close and Personal’ show to Lowdham Village Hall on Friday 19 June 2015, and tickets are on sale now, at £20.

In this show Toyah will perform an acoustic set of her much-loved hit singles and classic songs, accompanied by two acoustic guitarists.

A big screen presentation will show clips of the many films and videos in which she has participated, and she will talk about these – and the various actors and musicians she has worked with over the years – in a relaxed and informal way.

The singer first rose to prominence in the 1970s and 80s new wave, has had eight Top 40 hits, released over 20 albums, and has written two books.