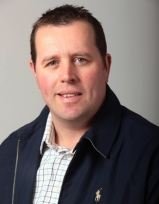 THE MEMBER of parliament for Sherwood, Mark Spencer, has launched a monthly email newsletter for constituents. Although this has been going since March 2011, we’ve only just learned about it.

In this month’s missive, Spencer asks for constituency views on the subject of HS2, the proposed high-speed rail link between London and Manchester, as well as giving a few more details of Lambley Green Day and reporting on the day the cub scouts came to Westminster. This newsletter can be viewed here, and those who would like their own copy can sign up here.

Sherwood includes both Lambley and Woodborough, and stretches as far north as Ollerton. Lambley became part of the constituency when boundaries were redrawn before the 2010 general election, having previously been in Gedling. Spencer won Sherwood for the Conservative party, taking what was previously considered a safe Labour seat, at that election.