ANOTHER successful year has passed and as we welcome in 2013, let us look back to see what an enjoyable year we had in 2012 at Woodborough Horticultural Society.

We had an interesting range of talks at our evening events and we began with a talk by Stuart Dixon on “Return to Eden” where we saw his photographs taken at the Eden project in Cornwall. He then transported us to New Zealand to view Eden Gardens near Auckland.

In February, Sally Smith gave us some hints and tips for successful organic pest and disease control. No need to spray just let the birds pick off the greenfly and of course, if you do spray, you are not only killing the bad guys but also the good ones.

Nick Hamilton, Geoff’s son, came to visit us in March and although his talk was lengthy, it was very interesting and we hardly noticed the time. In May, Michael Fisher from Beeston gave us a talk about “Plants for dry shade”. He also brought along some plants for us to buy. How do we find the room in our gardens?

April saw the Spring Show and quite a few worried faces as we had experienced a rather dry winter. Some bulbs in our gardens were clearly over by the time it got to the show. However, the exhibits were of excellent quality.

Community-wise, we had a great time planting some hedge whips at Woodborough Woods School. The plants had been purchased from the Woodland Trust in celebration of the Jubilee celebrations. A fun time was had by all those who helped plant the whips, children, parents and others. It is good to plant something that will grow and that future generations will enjoy over the years.

As May moved in to June, we were all looking forward to our annual Rose and Summer Flower Show. The show was well attended and the hall was full of the scent of roses, and sweet peas. It is always a popular event and this year was no exception.

A week later we ventured out on our evening visit which was to Stuart Dixon’s beautiful garden in Stoke Bardolph. We were very fortunate with the weather which allowed us to sit outside sampling tea and homemade scones in the rose scented garden. The flowers and plants were beautiful and the cacti collection in Stuart’s greenhouse was amazing.

After the summer break our next event was the Autumn Show. Exhibits were down in number but quality was again very good. It was very pleasing to see quite a few children entering and all went away with a prize. This was followed by the Leek and Onion show which this year was held by the Four Bells car park and what a beautiful day it was. There were some lovely specimens on show, most of which probably go home to be made into delicious soup.

The speaker season got under way again, this time with a talk from the entertaining Geoff Hodge who advised us on the plants to grow should climate change get hold. 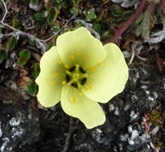 At the AGM in November, we said farewell to Jill Hicking as secretary and hello to Jean Parrott and we gained a new committee member. After the business side of affairs we watched a presentation of “Images of Svalbard” by our new secretary. Wonderful scenery, amazing plant life in such a harsh environment and what about those polar bears?

As usual the year finishes off with our Christmas Social with some appetising food, mulled wine, music and quizzes. Hopefully, with a splendid committee and support from our members, 2013 will also make for a successful year.

Woodborough Horticultural Society has a dedicated page here on dumbles.co.uk at http://dumbles.co.uk/clubs-groups/whs/

← No filth, but plenty of mud in this production
Three ways to get fit in Lambley →