The annual cycle of Calverton Plough Plays, which tour pubs in the Dumbles area performing a version of an ancient folk drama, has been confirmed for 14-16 January 2016. 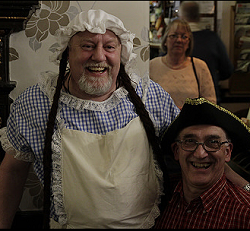 Performed by Crappps, the Calverton Real Ale and Plough Play Preservation Society (whose name gives a clue to the deadly serious nature of the event), these are local versions of Mummers plays.

We’re told there’s lots of historical importance attached to the performances, but we’re told lots of things while down the pub, and sometimes they seem to make sense. At the time.

What is undisputed is that these short productions are a unique part of local culture, that they raise lots of cash for good causes, and that they present an excellent excuse to consume a glass or two of beer. The group has raised over £20,000 for Nottinghamshire NSPCC over the years, and wants to add to that this year.

As well as throwing money into the bucket during a performance, donations can be made through Crappps’s Just Giving page. https://www.justgiving.com/CRAPPPS-Plough-Play

The provisional dates and times are below, but please note that timings can (and usually do) go awry. Find more information here: https://ploughboys.wordpress.com/ 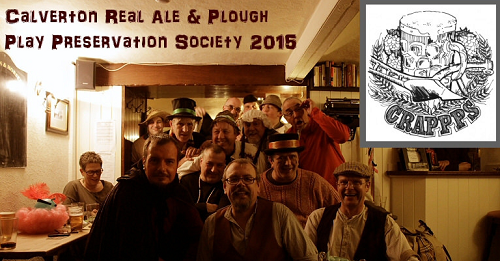